Our 1200 S was fully restored in the nineties and the previous owner bought the car in 2001. In the 19 years that he owned it, he took very good care and maintained the car. Unfortunately he passed away and we took over the car from the heirs. In 2001 a report about this car was made by a Dutch oldtimer magazine which comes with the car. This car is one of the last series which were standard equipped with a vinyl roof which is nicely finished with chrome frames. The pictures speak for themselves. Look and enjoy.

The Simca 1000 saloon was launched in France in October 1961 and was an instant success with French buyers, but the response in export markets was much more muted. The new management at Simca were keen to raise the profile of their new car internationally. Mindful of the precedent set by Renault with their (initially Frua bodied) Renault Floride, Simca turned to initially to Facel to discuss a joint project.

The idea was to have Facel produice the bodies, but in the judgement of Henri Pigozzi, Simca’s aging but still unusually “hands on” boss, Facel’s proposal lacked the necessary style and was considered unrealistic: there were also concerns that Facel’s parlous financial position might impact the project adversely. 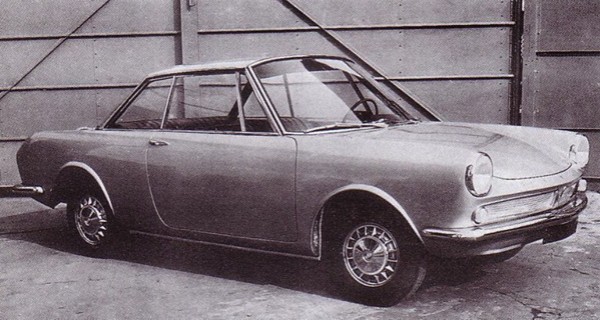 Simca then turned to Bertone and commissioned a coupe version of their new car. Bertone gave the job to a recently recruited young designer called Giorgetto Giugiaro and the car, having already been heavily trailed, was formally launched at the Geneva Motor Show early in 1962, though official French homologation for production only took place in November 1962: customer deliveries began in 1963. 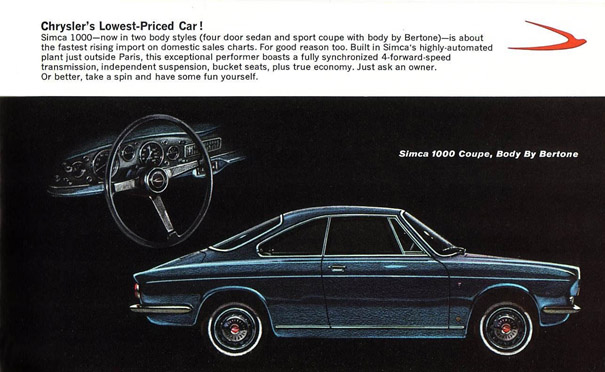 The style of the car was widely admired, but the cost of the Bertone built body made it difficult for the car to compete on price alone, while use of the standard 944cc engine block from the Simca 1000 meant that performance was unlikely to live up to its racey styling. From the start Simca presented the Coupe 1000 as a separate model. 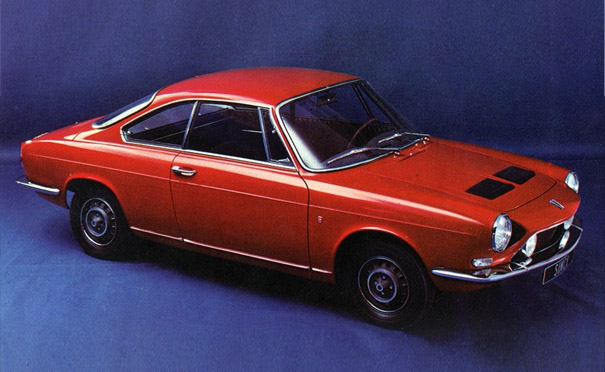 In 1967, Simca decided to beef up its coupé and launched a model that was more virile, both mechanically and aesthetically. The bonnet grilles were reminiscent of the Lamborghini Miura and it has a 1204 cc 80 bhp engine that powers the car to 175 km/h.

Sit inside the 1200 S and you will be overtaken by a desire to drive it quickly! The three-spoke sport steering wheel, flanked by a small speedometer and rev counter on the dashboard invite you to take the corners at full tilt ! The rear engine allows you to have fun, even at moderate speeds. The seats and rear bench seat are upholstered in black leatherett. The car offers a clear invitation to drive, and when your rivals spot the shark-nose sporting four headlights, they won’t stand a chance! 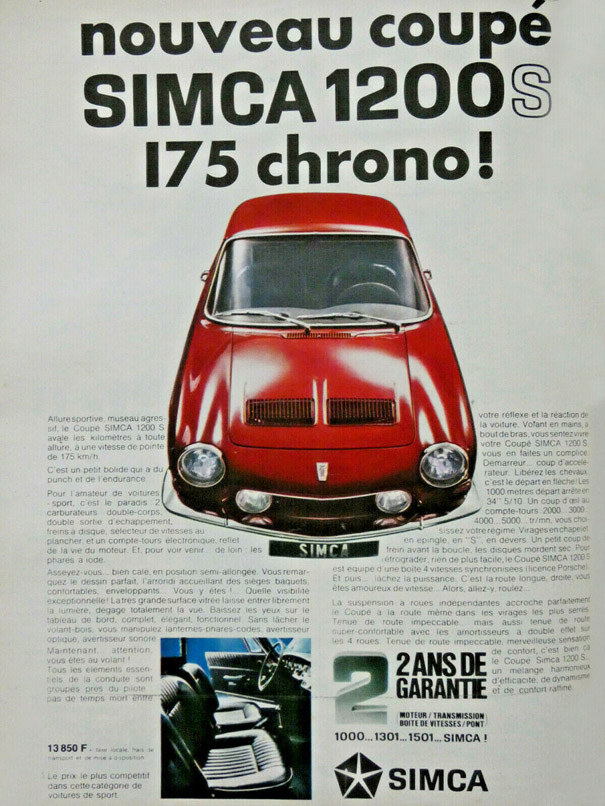